Engagement party invitation wording sets the tone for your party. There are many traditional and modern invitation formats. Sometimes it is difficult to think of the right words to use, but learning about invitation wording and seeing examples can make party planning easier.

Engagement parties range in tone from formal to casual. Use these wording samples to help you select the right wording style for your event.

Traditional party invitation wording often uses formal phrases, the title of the hosts and the full name of the engaged couple.

An example of traditional invitation wording:

Dr. and Mrs. Clayton Baxter cordially invite you to a dinner party to celebrate the engagement of their daughter, Amanda Lynn, to David Allen Lynch on Saturday, April 6, at 5:00 pm at the Willow Tree Restaurant, 15 Wilson Avenue, Madison, Wisconsin (RSVP details follow)

Modern party invitation wording is often semi-formal or casual. Friends of parents who throw an engagement party may opt for semi-formal phrases. A friend, who is a peer of the couple, may choose more casual wording, especially if the party in for other friends who are the same age as the couple.

An example of semi-formal invitation wording:

Mr. and Mrs. Philip Kelly invite you to an engagement party for Tara Williams and Scott Miller on Sunday, March 3, at 2:00 pm at the Kelly Home 4287 Lakeview, Ann Arbor, MI (RSVP details follow)

A friend, who is a peer of the couple, may choose more casual wording, especially if the party in for other friends who are the same age as the couple. 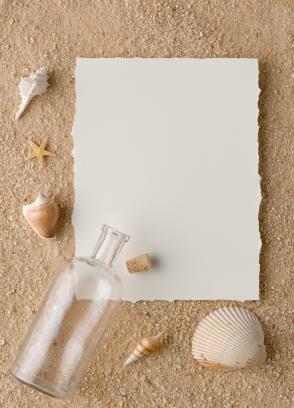 For those that opt for a themed party to celebrate their engagement, you need to ensure that wording reflects that clearly, so that guests know exactly what to expect beforehand. Whether you decide on a luau, costume, Hollywood film characters or a celebrity theme, the wording should brief and fun.

An example of themed invitation wording:

Take a dive (in the pool that is) and come celebrate the engagement of John and Mary at a luau extravaganza on May 12 at 6:00 pm 3616 Rose Court Dr., Miami, Florida (RSVP details follow)

Sometimes an engagement party is thrown as a surprise for the happy couple, so the invitations should state that explicitly to avoid the surprise being spoiled before the party occurs.

An example of surprse invitation wording:

There's an engagement party planned and you're invited to show, but shhh...don't tell the happy couple because they don't know. Join us in celebrating Keith and Amy September 7 at 5:30pm The Crystal Ballroom 4623 Triumph Lane Seattle, Washington (RSVP details follow)

Details in Every Engagement Invitation

Some party invitations also include information about where the engaged couple is registered for gifts. While etiquette recommends against any mention of gift purchases on invitations, people still commonly include gift registry information in many party invitations. If a couple does not want gifts for their engagement party or prefers guests to make a donation to a special cause in their names, these instructions can also be noted in the invitation.

When you are deciding how to word an engagement party invitation, consider the following:

When parents plan an engagement party, traditional wording is often used, such as:

Mr. and Mrs. William Lewis request the pleasure of your company at a dinner party to celebrate their daughter, Cara's, engagement to Kyle Johnson on May 10 at 6:15 pm at the Lansdowne Restaurant 131 E. Jefferson Grosse Pointe, Michigan. RSVP requested.

Party Hosted by the Parents' Friends

Party Hosted by the Couple's Friends

A friend who is close in age to the couple may also host an engagement party. These invitations may be casual or formal. Sample invitation wording includes:

Kathy and Michael are tying the knot! Join us to celebrate over cocktails on Friday, October 5 at 7:00 pm The Kelly's Bar & Grill 1320 Miller Chicago, IL Regrets only, call Rachel Milton.

Party Hosted by the Couple

A couple sometimes hosts their own engagement party. Example wording might be:

We invite you to celebrate our engagement. Join us for an engagement party on Saturday, February 14 at 6:00pm at the home of Bill and Rhonda Lewis 4213 Birch Lane Madison, Wisconsin. RSVP.

After researching possible ideas for engagement party invitation wording, you should have plenty of inspiration for your invitation. Create an invitation that reflects the tone, theme, and level of formality of the party and ensure the important details are included for the perfect invite.