How diamonds are formed is a dirty, sweaty process completely unlike the glittering jewels that are so popular in engagement rings, earrings, anniversary jewelry, and wedding rings. To thoroughly understand the value of these gems, however, consumers would do well to understand diamond formation.

Basic Process of How Diamonds are Formed

Diamonds are the crystalline form of elemental carbon, formed between 75-120 miles beneath the earth's crust under specific conditions of pressure, chemistry, and temperature. Once the crystal structure has formed and hardened, it may take thousands of years for the circulation of the earth's mantle to bring the stones to the surface where they can be mined.

Most diamonds are formed by the melting of the earth's crust - the rocks submerge into the mantle, where the carbon atoms are liquefied. Eventually, the temperature drops and the crystal structure of diamonds forms. Geologic events (earthquakes, volcanoes, etc.) then forces the rocks to the surface in a number of ways, such as alluvial deposits (in riverbeds) or kimberlite pipes (primary diamond mines). 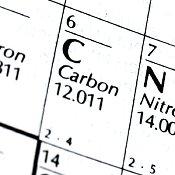 Diamond is pure carbon, and the word "diamond" comes from the Greek "adamas" meaning indestructible. Diamond is among the hardest substances on the planet, and it is the only gem to be purely composed of a single element. The hardness of the stones is due to the crystal structure of diamond formation: an isometric (cubic) arrangement that resists fracture under the tremendous pressure of the earth's crust.

Ideally, a flawless, colorless diamond is composed solely of carbon atoms, but that is a very rare occurrence. How diamonds are formed - in the turbulent stew of minerals beneath the earth's surface - leads to impurities such as trace amounts of other elements. When nitrogen is introduced into a diamond's crystal structure, the stone takes on a yellow, orange, or brown tint. Boron will create a blue or purple shade, while other trace elements may generate a rainbow of hues. If the color is pale or barely discernable, the diamond's value is typically lower, but if the color is strong, consistent, and vibrant, the stones are highly sought after as fancy colored diamonds.

Other colored diamonds result not from mineral inclusions, but from subtle changes to the diamond's crystal structure. If nuclear rays are present during formation (very rarely), green diamonds may form. Other colors such as red or pink are the result of slight discrepancies in the crystal structure that change the way the stone absorbs and reflects light.

Very few diamonds are formed flawless. A variety of flaws appear in most stones, from simple chips or scratches created as the stones migrate to the surface to interior disruptions in the crystal structure caused by variations during the actual formation. As much as 60 percent of a raw diamond may be cut away to remove flaws when crafting a jewelry quality stone.

How Diamonds are Formed: From Carbon to Jewelry

Only about one fourth of mined diamonds are considered of fine enough quality to become jewelry. Other stones are used as abrasives or for industrial equipment, particularly for cutting and polishing other diamonds. The countries that produce the majority of diamonds for today's jewelry industry include Brazil, Russia, South Africa, Australia, and Canada, though many other nations have minor diamond deposits as well. Savvy consumers, in fact, will insist on seeing their stone's certificate to authenticate where it originated and be sure it is not a conflict diamond.

Once the stone is mined, it must be cut and polished into a final shape. There are certified jewelry labs throughout the world to perform these delicate services, and the finished stones are then sold to jewelry manufacturers to be mounted in a variety of settings for different types of jewelry. From the time the stone is mined to when it is placed on a bride-to-be's finger during a proposal, the process may take several months.

Knowing how diamonds are formed gives couples an appreciation of the rarity and exclusivity of this traditional bridal gem. The newest diamonds on the planet are an astonishing 45 million years old, and the longevity of their beauty is the perfect symbol of a lifelong relationship.

Comments
© 2006-2021 LoveToKnow, Corp., except where otherwise noted. All Rights Reserved.
How Diamonds Are Formed