For eons, our global fascination and overwhelming desire for diamonds has far outweighed that of any other precious gemstone, and for diamond aficionados, possessing a knowledge of the various diamond mine locations throughout the world fuels enduring interest. Ultimately, we long to know from whence our beloved diamonds originate. Knowing precisely where the mines are, the process by which diamonds are mined, and the outstanding diamonds which over time the mines have produced, gives us a greater understanding and appreciation of diamonds. Diamonds are surely not only a girl's best friend, but the whole world's, and our hot pursuit of this quintessential gem is more than justified.

Diamond Mining Locations are Found throughout the World

Diamond mine locations span the world and are found in four continents including Africa, Asia, North America, and Oceania. The following mines are presently successful working diamond mines: 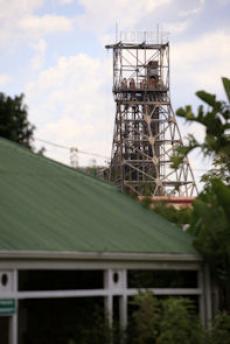 In the mysterious world of diamonds, there are few trade secrets exposed to the general public. But when those secrets are laid bare, they are doozies! Take for example, surely one of the most exciting of all, the diamond hunting experience to be found at Crater of Diamonds State Park in Arkansas. This park is open to the public and you get to keep what you can find - regardless of its value! This 911 acre diamond rich park is open to the public and for a small fee, rockhounds and diamond lovers alike can root around in this gem-rich earth for a dazzling prize. Notable findings include:

The Williamson Diamond Mine is also known as the Mwadui Diamond Mine and became well-known as the first significant diamond mine outside of South Africa. This famous open-pit mine was established in 1940 by Dr. John Williamson, a Canadian geologist. Williamson has been in continuous operation since its inception, making it one of the oldest continuously operating diamond mines in the world.

The Jericho Diamond Mine

Located in Canada's Nunavut territory, the Jericho Diamond Mine is about 249 miles northeast of Yellowknife, Northwest Territories and is Canada's third diamond mine. It is the first diamond mine in Nunavut. Operated by Tahera Diamond Corporation and financed by over $35 million from Tiffany & Co. to assist in site construction, Jericho produces 375,000 carats yearly with a value of $25 million Canadian.

Kimberly is a city in South Africa and capital of the Northern Cape. It was 1866 and unassuming Erasmus Jacobs found a small pebble on the banks of the Orange River. Though it seemed somewhat special and shone with a brilliance the young Jacobs had never before witnessed, he sold it to Schalk van Niekerk, who later sold it in London. It turned out to be a 21.25 carat and 4.25 gram diamond and its magnificence set the stage for a diamond rush in the area. Miners arrived in the thousands and the hill disappeared. Left in its wake was a giant hole which became known as The Big Hole.

Diamonds are the world's most popular gemstone, and fortunately diamond mine locations are found all over the world so our insatiable desire for these jewels will continue to be met as new mines are found and existing facilities continue to produce beautiful stones.